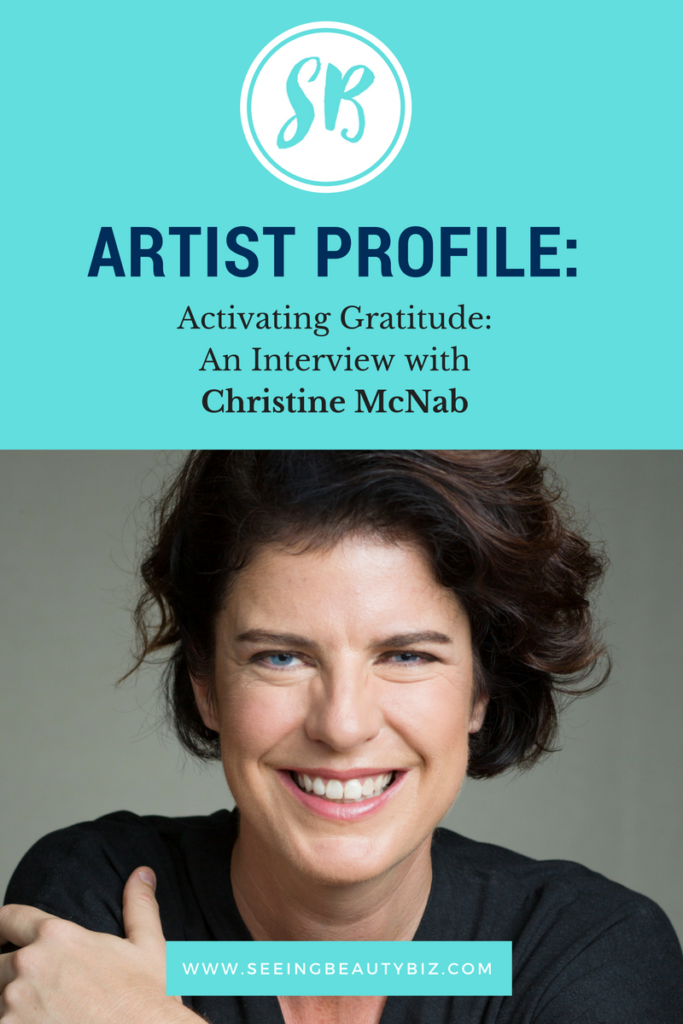 What should we do with this one small life we are given? How do we show gratitude for the fortune that we experience every single day? It’s one thing to experience gratitude, but it’s a whole different thing to actually activate it-  taking the energy and the resources at our disposal to reach out to others to improve their situation. We recently had the privilege of asking photographer, activist and social change maker Christine McNab about her newest project focused on female empowerment: A River Runs with Her. In this interview she shares how improving conditions for women globally and expressing our art individually are the most potent ways, in this moment, to create real change.

What inspired the River Runs with Her project?
I’ve worked in development for a long time for agencies like the World Health Organization, UNICEF and the Bill and Melinda Gates Foundation – and development issues like health, education, and poverty reduction are important to me. Lately there’s a wide consensus that women’s equality and participation is key for development in rich and poor countries alike – underpinning all of our future progress. So women’s stories and voices were an important focus for me. I live in Bangkok, which is relatively near to the Mekong river. I’ve always loved the idea of a river as a living, constantly changing ecosystem. The Mekong is fascinating as it supports the daily lives of about 60 million people from dozens of cultures and six countries. Often, stories about the Mekong focus on men’s lives – the fishermen or boatmen – but I thought there was a great opportunity to hear directly from women. Combining all of these passions – photography, writing, women’s equality and the Mekong river has resulted in A River Runs with Her 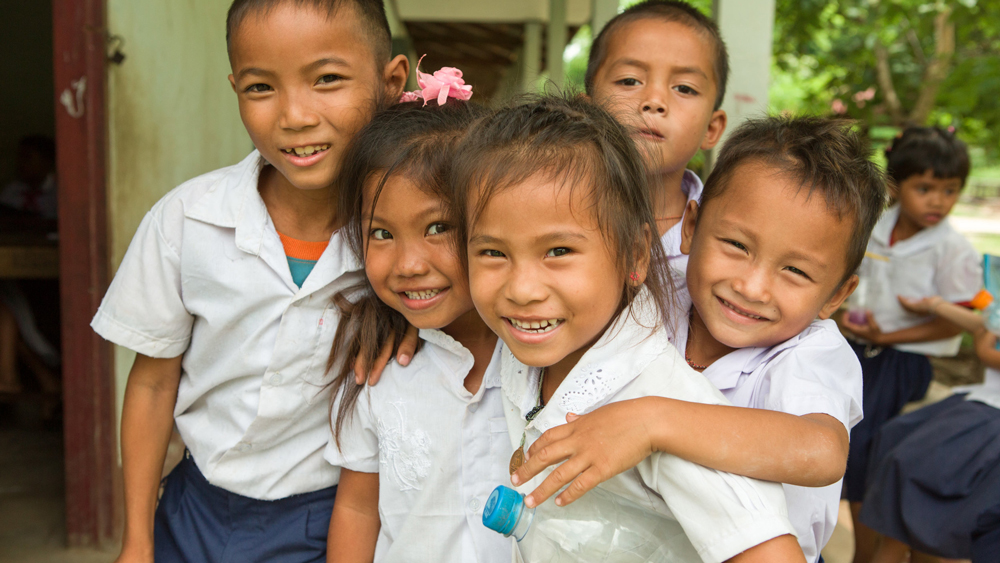 Why do you consider women’s empowerment one of the most pressing issues of the day?

Women are 50% of the global population, yet women simply don’t have an equal voice or equal representation. We’re “lucky” that in countries like the US and Canada, things are relatively good compared to many countries, yet in the U.S., 80% of the current congress is male and the opportunity to have the 1st woman as U.S. President before 2020 is gone.

In Canada, the federal cabinet is 50/50, but only 25% of parliamentarians are women.In Nigeria just 6% of Senators are women.

Critically, evidence really shows that when you empower women, social change happens faster. When women in developing countries make money, they are more likely to invest it in the family – in children’s education, health and nutrition. Happily, there’s a big movement now to invest in women’s empowerment. Donors are paying attention, and there are also efforts to gather a lot more data about the current status, and progress of women. But there is still such a long way to go.

Any challenges you have faced with creating/promoting this project?

On the creation side:  so far, I’ve been really lucky to meet fantastic guides – usually young people from the area – who have helped me to approach and talk with women, because of course, most don’t speak any English and I don’t speak any of the Mekong country languages. Women have been so welcoming and easy to talk with and it’s been an honour for me to meet every single one.

On promotion: I’m really grateful to people who have promoted the project so far – that’s been wonderful. But of course there is so much content on the web these days that it can be challenging to draw a wide audience. I’m still working on that and see the audience growing every week. 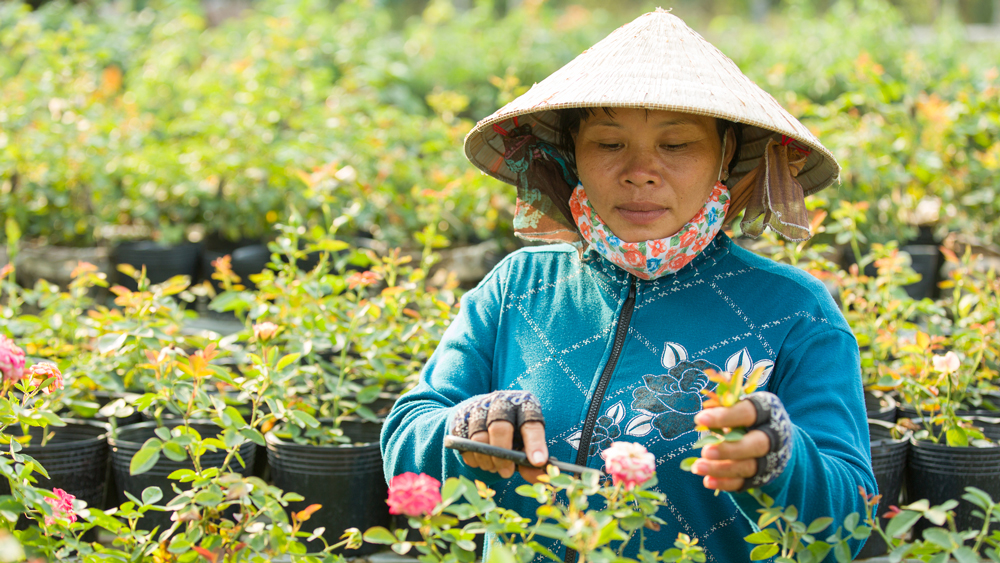 How can we help the women that you photograph? Is there any way, other than following your project, that our community can get involved?
In the Mekong countries, even a couple of hundred dollars goes a long way. Cash would benefit many of these women who want to put their kids through school. And several I’ve met will never stop working because there is no such thing as retirement. But at the same time, an approach of investing in individuals directly won’t lead to the best results. For every poor woman I speak with, there’s an entire community in the same predicament. So, it’s probably best to do things that offer wider support.
A few ideas:

– If you’re traveling in a developing country, donate to a charity that supports women’s equality such as a women’s shelter, or local community development organization the supports women to run their own businesses.

Do you consider yourself a freelancer?

I haven’t had a “proper job” since 2008, and am lucky to have done a huge variety of fascinating work in countries around the world on issues I care about. I’ve consulted for several international organizations and Ive also been lucky to work with a lot of artists who have used their talents and skills to raise awareness about global issues. I created a project called The Art of Saving a Life with the Bill and Melinda Gates Foundation, and almost 40 artists participated including Chimamanda Ngozi Adichie, Annie Leibovitz and Caldecott Medal winner Sophie Blackall. They all had something to say through their own medium and could engage audiences in entirely new ways. It was really exciting. 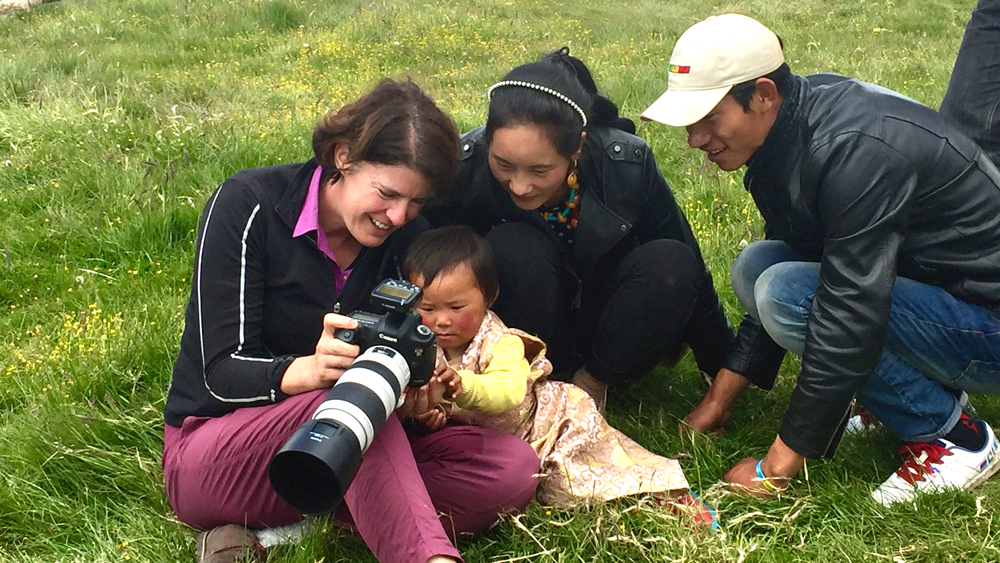 Any advice for someone wanting to use their artistic talents to shed light on global issues?

Art makes us feel and think. The wrenching photographs of Syrian refugees showed how regular families – mothers, fathers and children – were horribly trapped and needed help. Songs like Strange Fruit, A Change is Gonna Come or Same Love have changed the way we think about the world. You can’t look at Picasso’s Guernica and not feel something profound. In what could be a frothy summer, Colson Whitehead’s slave-era book Underground Railroad is at the top of the bestseller list.

So for artists, I’d say, find an issue that you care deeply about – something you can imagine working on for many months or years even. Think hard about an approach that will affect people emotionally. People seem to be most moved by extremely personal approaches that tap into buried feelings. Make it a personal project (and by all means, if you can get funding, do!) and just do it. It’s easy enough to make memes that go viral and are forgotten just as quickly. But if you want to do something real that makes a difference, it will be much more rewarding to you and the people around you.